Driving through southern Spain has always its vibes and the coast road between Marbella and Cadiz could not be a better place to be right now.
Earlier this afternoon I was driving around the glamorous Puerto Banus, in a rather pleasant supercars traffic jam, which was a really hard task for a “normal car” to not let me feel “out of the place”.
And somehow I felt that this new Peugeot 308 was the right car for the job.

It still has details and reminiscences of a close southern-European styling past but it is clear that the designers were after the Germans, even style wise. Sleek with tense lines.
So which are the bits that makes this car feel “cool” in this very posh area? It is the “i”. Which is not “me”, I’m not that self-centred.
We know it, we sense it, we feel it, the future is in the “i”. It all started with the phone and in the future it will be the same for everything else. Even for the car.
Between the past and the next future, there’s the present of this new 308 or, if you’d let me, the new “iPeugeot”.

And it isn’t all about the central screen that controls almost all the driver/passengers interface functions. It is indeed a very modern and tablet-like piece of interface, possibly following, from far away, the school of the Tesla Model S. It is like it but it doesn’t even come close to the functionality of the American vehicle since the screen itself is not big enough so all the functions have to be searched and recalled every time. And this really distracts you from the road.

Seated I feel in a very comfy yet modern and minimalist place. Almost everything is and feels new and unique, just few switches come from the previous generation but it is not a bad thing since they were and still are good. I just feel that not attention whatsoever has been dedicated to the cruise-control commands, they were already old and not very functional on the older generations, so it feels almost disrespectful its presence on this new one. Not very “i”.

Even with the driver seat set in its lowest point the position feels quite “up there” comparing with the rest of the traffic. Not as high as in a CUV but higher than other compacts.
It is a general feel while driving the car, as if the centre of gravity was set about 5cm higher than its competitors. The pros are the complete vision of the surrounding, giving the driver good confidence manoeuvring in the city and to admire the landscapes in such a beautiful place where I am right now, for example.

The cons are all about dynamics. On top of being and feeling too far up from the ground, the ride is also too soft, and even with the 17″ alloys that this unit wears, the suspensions compartment let the body roll around way too much and doesn’t comfortably compensate the pitch under braking.

The 1.6 HDi 8 valves turbo diesel engine good for 115hp is an old acquaintance, still a good engine with a strong torque output in this latest version (270Nm), just a bit slow down under suffering a quite sensible turbo-lag.
On this unit the engine is paired with a manual 6 speed gearbox which works rather well mechanically, since it helps spreading smoothly the abundant torque. And I’ve said “mechanically” for a specific reason. The gear knob. The knob itself feels like (and maybe it is…) real aluminium, but it is ergonomically too big and seems to be attached to a rubbery spacer to the lever below. It feels definitely sloppy when changing gears. Surely some aftermarket knob will help the owners to feel it right. You could also choose a 6 speed mechanically automated transmission but it is horrendously slow and anything but smooth. Come one Peugeot, we need a proper automatic! Either a modern double clutch or a classic torque converter automatic would do better than the actual option.

Once passed the city of Algeciras, the coast road gets very interesting and the landscapes beautiful. The short stretches between corners allow admiring the northern coast of Africa. It is fascinating indeed to see, that clearly, the coast of another continent, especially in this moment of the day when the sun is about to set and the lights of cities on the other side of the coast are on.
Speaking about lights here we have full LED units as standard on this trim, which is something not entirely new in the auto world, but it is one of the firsts “compact” to offer this rather attractive option. Statically the car looks extremely good with it, but most of all I was really looking forward to testing these lights both in low and high beam, in a pitch-black country road at night. The result was good but not impressive I’d say. Maybe someone will show us a technical draw where it is shown an improved distribution of the light beam, but I simply haven’t seen the clarity offered by xenon units.

It seems that after years of doom Peugeot is back on track to offer engaging products, good cars with noticeable driving abilities, good looks and innovative options. The whole package feels good and “almost there” in the top of the chart. Or I should better say “playlist”? It feels “i”. 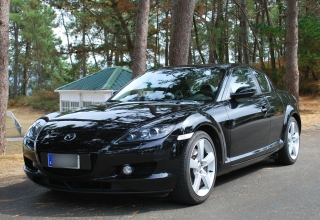 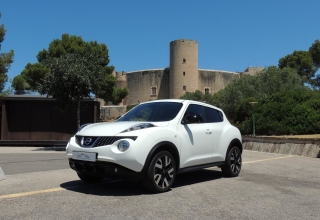 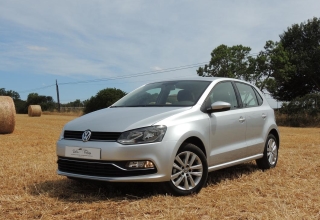 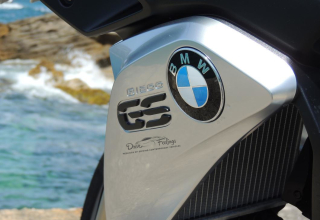 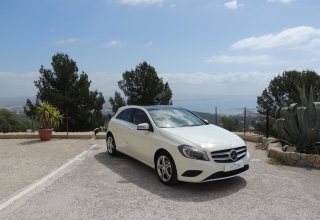 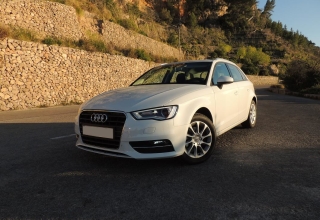